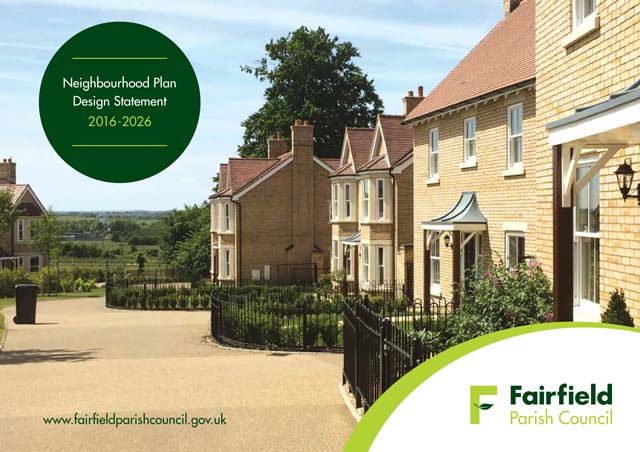 This is one of the most common questions we get asked.

The orginal Masterplan was very specific about colours and this was carried forward when the Parish Council, with our agreement, repeated the external colours that can be used.

The actual Design Statement of the village Neighbourhood Plan can be downloaded here.

But here are extracts for front doors, railings and external brickwork and render. The latter follows the type of bricks that were used on all buildings.

The bricks used on Fairfield are as follows:

The colours for railings and doors are illustrated in the following image.

The colours indicated in both the above and below immages have been carefully selected from the British Standards to correlate with those colours in the Farrow and Ball ranges which have been sourced from the National Trust archives. It is intended that these colours give a global reflection of the fashion of the period on which the project is based. (The Farrow and Ball references are noted in brackets.)

Better reproduction can be seen in the actiual publication that can be downloaded as earlier described.