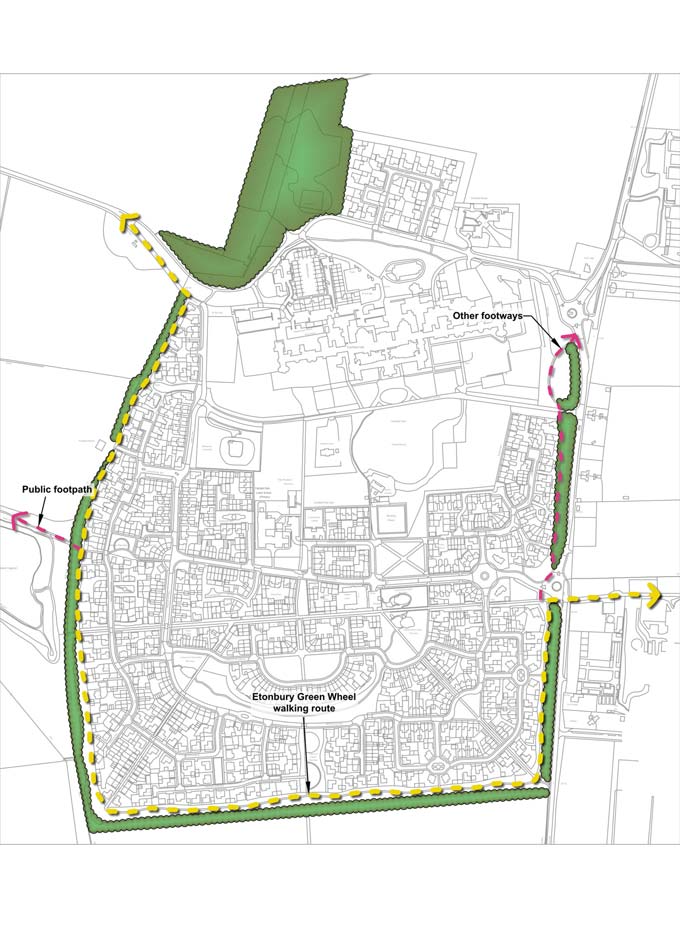 Fairfield Park Residents Company controls the woodland shelterbelts which occur along the south eastern, southern and western boundaries of Fairfield Park. It also controls parts of the woodland within the north of the Park. These shelterbelts pre-date the residential development at Fairfield, with the woodland first shown on the 1901 OS map. They are covered by a Tree Preservation Order, and any works to the trees require permission from Central Bedfordshire Council.

The woodland totals around 6.3 hectares (15.5 acres), and contains several tree species, including Beech, Maple, Ash, Horse Chestnut, Elm, and Hawthorn. There are also recreational footpaths along the shelterbelts, with some of these routes forming part of the Etonbury Green Wheel walking route (as shown on the map).

Fairfield Park Residents Association, through the management company Scanlans, commission an annual tree health and hazard survey. This survey, which is undertaken by professional arborists, reports on the condition of trees, and highlights any remedial or safety works which need to be undertaken in order to ensure the health of the woodland, as well as the safety of the public.

To this end, several over-mature trees have had to be felled in the last five years, as they were in danger of falling, and thereby posed a safety risk. Fairfield Park Residents Association, along with the Fairfield Parish Council, have recently received confirmation from the Woodland Trust that we have been awarded 420 native saplings, which will be delivered in November 2020. These will be planted within the shelterbelts to reinvigorate woodlands, by planting a whole host of new, young trees, which will also include the introduction of new species to widen the habitat and ecological value of the woodland. The production and implementation of a Woodland Management Plan is also being considered, so that the shelterbelts will not only be monitored for tree health and safety, but also for its biodiversity value.