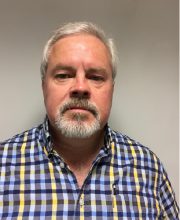 I moved to Fairfield in June 2007 from London, and within a month I knew that it was a special place to live. Fairfield was still a building site, but progressing rapidly. I was working in London at the time and continued to commute there until I retired from the Metropolitan Police at the end of 2013.

I joined the FPRA committee in the summer of 2010 and soon appreciated how complicated the organisation of Fairfield had been made by the developers. It was further complicated by Fairfield being a part of Stotfold Town Council. I helped the successful campaign to set up an electoral review into establishing Fairfield as its own parish council. I was elected to the parish council in May 2019.

I found the community spirit on Fairfield to be fantastic and I continue to strive to make it a place that people want to live. Before I became Chairman, I had a keen interest in the grounds maintenance and worked closely with MBS, and have continued to work with Hislop & Co Horticulture.

Following the landscaping of the Urban Park in the summer of 2018, and the creation of the market-place I have tried to establish and grow the market for Fairfield residents. It is my hope that residents will see this as a central location for holding events and markets, and come forward to organise events themselves. The market area is for the residents to use.

I became Chairman in January 2019 and it has been my goal to continue the work of the previous Chairman, Peter Nash, to set up the residents company by the transfer of the management. There have been many false dawns over the last ten years, but I believe that we will see the creation of Fairfield Park Residents Company this year 2020. 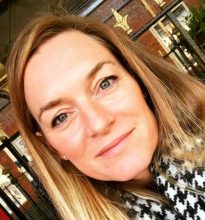 I am a mum of three and ex-city business consultant. My eldest daughter and middle child, Amber, is 8yro with strawberry blonde curls and an infectious giggle. Amber is severely disabled with a life limiting condition, she is non-verbal and has no independent mobility. I quit my 15-year career with Accenture to care for Amber and her siblings and I have  lived on the park with my husband John (opposite my sister Kate and her nephews) for over a decade. Currently I am retraining as a horticulturist and landscape designer – something I am passionate about and can do around my children’s needs. 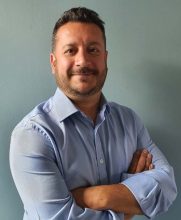 I moved to Fairfield in September 2011 with wife and family. I firmly believe that we are very lucky to live in such a cooperative and friendly community.

I have been teaching in local schools since moving to the area and am currently the Deputy Headteacher at Henlow CE Academy and as such have a keen interest in the ever changing local educational landscape.

I joined the FPRA 4 years ago and have enjoyed being able to contribute to the Fairfield community ever since. I look forward to to doing so in the future as we develop the sense of community that is so apparent here. 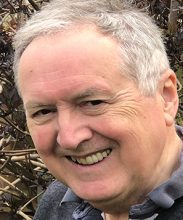 I’m a real local! Born just down Bedford Road in Letchworth yonks ago (My memory must be failing as I can’t remember the year!). Although I have moved around the North Herts area since then I have always been interested in local affairs. I remember the whole Fairfield area as it was before closure in 1998.

Fairfield is by far the friendliest place I have lived, and it has been my honour to chair the Fairfield Parish Council for the second time since its inception in 2013. Fairfield has benefitted from its own council and I am proud to have been involved with four others in fighting for, and succeeding, in getting Fairfield recognised as a village in its own right.

To get advancements on Fairfield has been un uphill struggle but many final steps are now in place. I am delighted to see the transfer from developers to FPRC now in progress. Local assets should be the responsibility of those that live there, not builders who live miles away and have no interest in the fabric or community that are places like Fairfield. 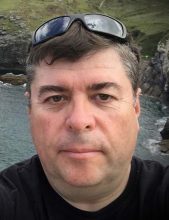 I moved to Fairfield in June 2005 from Letchworth, my home town where I was schooled initially at Westbury JMI and then at the NEW Fearnhill school. I went on to Hitchin and Stevenage College where I pursued my engineering apprenticeship whilst employed by a local Fire Engineering Company, I also ran a ‘well known’ catering company on my father’s behalf when he became ill, I now run a Fire Risk Consultancy based in Stotfold, we are third party accredited and look after buildings for Blue chip companies throughout the UK.

Fairfield was still a building site when I moved here, so I have watched the park grow from the roots upwards, seen the chimneys placed on the roofs of many of your houses.

I joined the FPRA after being asked to come along to the meetings, it’s extremely interesting to see how much work is being done on our behalf by residents who receive no salary for their time, but are rewarded by seeing the Park grow into what is now an established village, with new activities, Wine Club, the market place, of which I have been posting for the delectation of the Fairfield Foodies. I’m still to find a role within the FPRA, but do advise on items that I have experience on, which the FPRA hopefully have found useful. 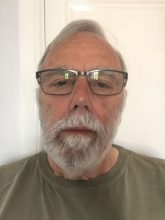 l moved to Fairfield Park with my wife Heather in January 2010 from Stotfold.
I joined the FPRA Committee that year and have been involved with decision making on various issues, particularly the setting up of the Community Hall.
I believe Fairfield Park is a lovely place to live and wanted to support other like-minded people in protecting and maintaining its appeal for future generations.

I moved to Fairfield Park with my husband Mark in 2007. We are both originally from the area, growing up in Arlesey and Stotfold, and after a time living and working in London and New York we made the choice to return ‘home’.

I originally studied for a degree in graphic design, before working for a number of years as a personal assistant, initially for the Chairman at Conran in London and then for the CEO of BlackRock Kelso Capital in New York. I am now a full time mum to our 2 teenage children.

I feel extremely lucky to live in such a beautiful area and community as Fairfield Park.  Both our children have attended Fairfield Lower School and are now entering their GCSE years at Etonbury Academy.
I have watched Fairfield grow and develop over the last 14 years and would very much like to help and contribute to its future.

Are You Planning on Moving to Fairfield or have just arrived?

Welcome to our village! If you want to know all about schools, facilities and all the other information to help make up you mind you will find all you need on the Local Info section of the Fairfield Parish Council website